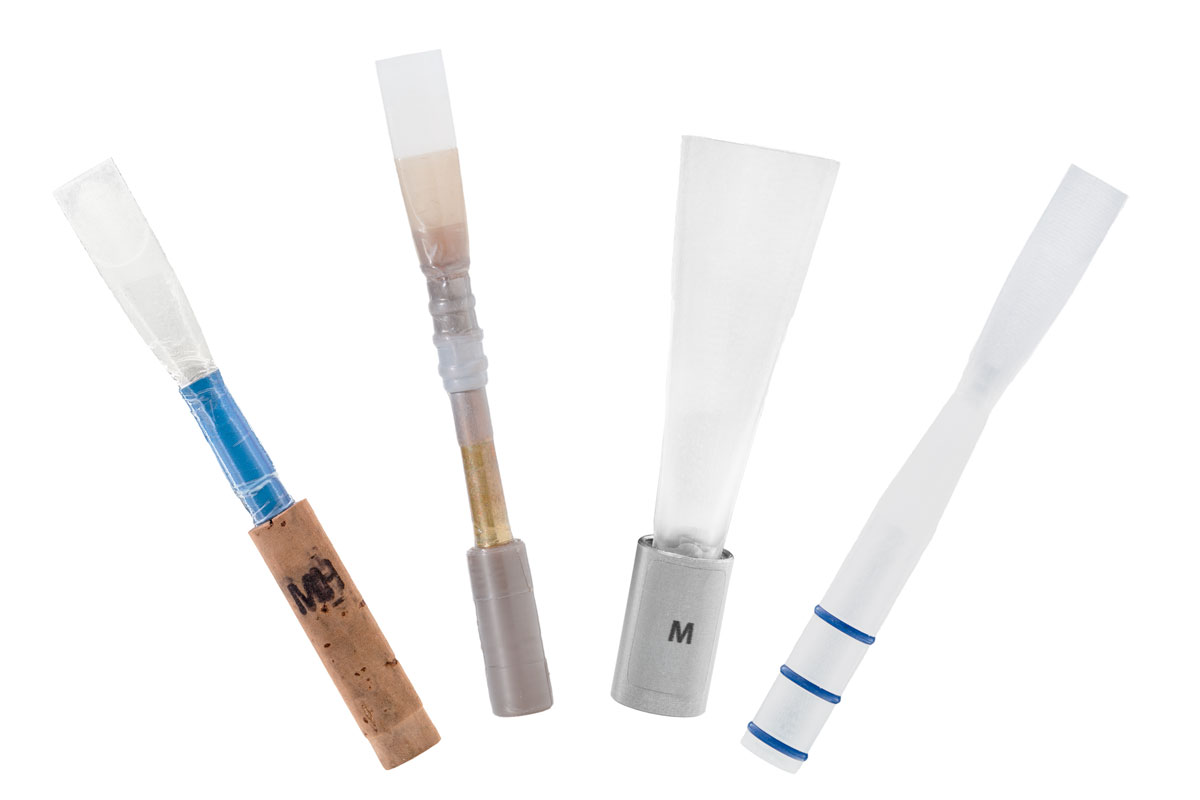 Cane reeds have a rich history dating back to at least 2450 BC. With thousands of musicians over the centuries dedicating countless hours to developing the perfect reeds to suit a variety of purposes, it’s impossible to discount them so easily.

Please… I beg you… if there are any rich, entrepreneurial oboists or woodwind fanciers reading this… please find a way to invest in the immediate development of a sweet, instantly responsive, tonally, pure, utterly, consistent, dynamically wide-ranging synthetic oboe reed with a guaranteed life expectancy of about 45 years. I should be dead by then. — The Double Reed, Spring 1995

While we haven’t quite reached those criteria, synthetics have come a very long way.

Only two brands have brought something to the double reed world that can meaningfully compete with cane: Légère and Ambipoly. The plastic reeds that you can buy on Amazon for under $20 are unplayable.

A synthetic material alternative for cane must have similar vibratory characteristics, stiffness, and flexibility to produce the same character, projection, and overtones across all registers. In order to make it worthwhile, a synthetic reed must have substantially more reliability, consistency, and longevity.

Currently, only Légère offers a synthetic bassoon reed. Although, Ambipoly is projected to launch one soon.

Longevity — Cane reeds are labor-intensive to produce, provide 10-15 hours of playability, and change continuously within that lifespan. By comparison, Ambipoly synthetics can be played for around 700 hours, making it the equivalent of approximately 47 cane reeds.

Consistency — Arundo donax, or Giant Cane, is a plant. As such, there are no manufactured tolerances. Every piece varies slightly from any other; straighter, harder, softer, denser, etc. Manufactured reeds remove the inconsistencies inherent in cane, allowing for nearly perfect consistency. 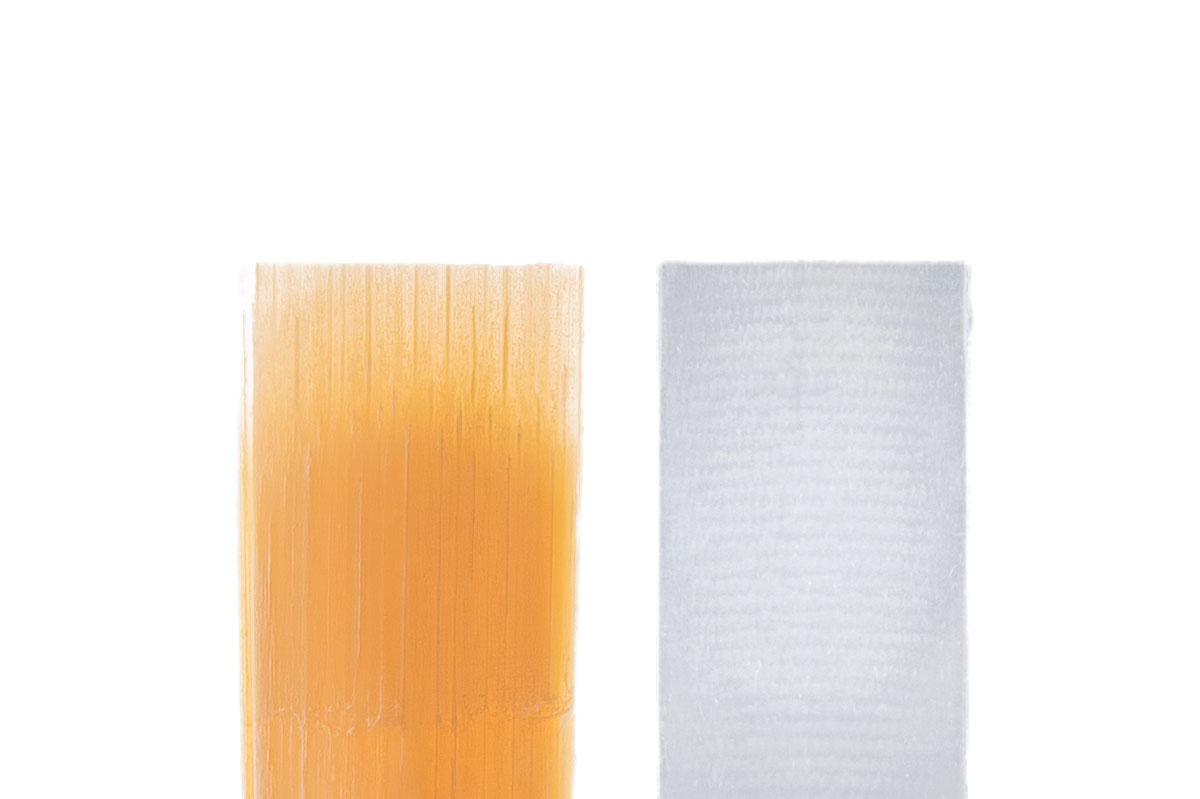 Reliability — Cane is temperamental, and easily influenced by things like weather and elevation. A reed that plays beautifully on a sunny day often becomes unplayable when a storm rolls in, dropping barometric pressure and increasing humidity. In traveling to different elevations and climates, the differences become even more extreme.

One of the most valuable advantages of synthetic over cane is that synthetic reeds should play consistently in any environment. While the synthetic material may be consistent, the air the reed is vibrating will still change at varying elevations, causing negligibly more resistance at higher altitudes.

What are Synthetic Reeds Made Of?

The first synthetic woodwind reeds were created during World War II. Cane shortages led to the production of styrene reeds, which struggled to imitate cane in every way.

David Shaffer and Arnold Brilliant designed the first composite oboe reed in 1966 out of Dacron polyester fibers and epoxy resins. These were marketed through the SELMER Co. as Fibracane until they were discontinued in 2005.

Despite their long production, Alan Leech commented in 1985 that

…most players would not even admit the possibility of using synthetic reeds in performance.

It wasn’t until the launch of the Légère synthetic oboe reed in 2016, that synthetic reeds would be considered viable by serious musicians.

Légère reeds are made of a proprietary oriented polypropylene cut using a CNC router. This is thinner and stiffer than natural cane, allowing for freer vibration and better overtones over previous versions that more closely mimicked cane. Polypropylene does not absorb water, allowing the reed to be played directly out of the box.

In November 2021, Ambipoly launched its own version of the synthetic oboe reed. The Ambipoly reeds are made of a proprietary food-grade polymer, specifically designed to closely resemble the xylem structure of cane.

The polymer is double injection molded; a stiffer polymer forms the spine of the reed, and a softer polymer forms the rest. Injection molding avoids the stresses of cutting, reducing the tolerances for better consistency. It absorbs water just like traditional cane, allowing it to closely mimic the projection and overtones of a natural cane reed.

Can Synthetic Reeds be Adjusted?

A significant shortcoming of the Légère polymer reeds is their tendency to fray with a regular reed knife. While they can be adjusted using the ReedGeek Bullet without fraying, Légère recommends only trimming the top, not scraping the reed.

Because Ambipoly reeds were designed to act like cane, they can be trimmed and scraped with any reed knife. Ambipoly reeds are designed with the expectation that the user will adjust or finish the reeds themselves, allowing for substantially more freedom in the final reed.

Are There Any American-style Synthetic Oboe Reeds?

Both Légère and Ambipoly launched their synthetic oboe reeds with European cuts. For oboists in North America, it can be challenging to adapt your embouchure and adjust the shorter European cut reed. Aaron Lakota does an excellent job addressing this with this tutorial on Adjusting your Légère Oboe Reed to match an American scrape.

Légère produced a prototype American-cut oboe reed back in 2019, which they displayed at the IDRS conference in Tampa, Florida. We found that it was easy to play, perfectly in tune, and produced a warm sound. Characteristically, all the Légère reeds lack some of the color of a natural cane reed. Unfortunately, manufacturing inconsistencies have prevented this reed from being commercially produced at this time. 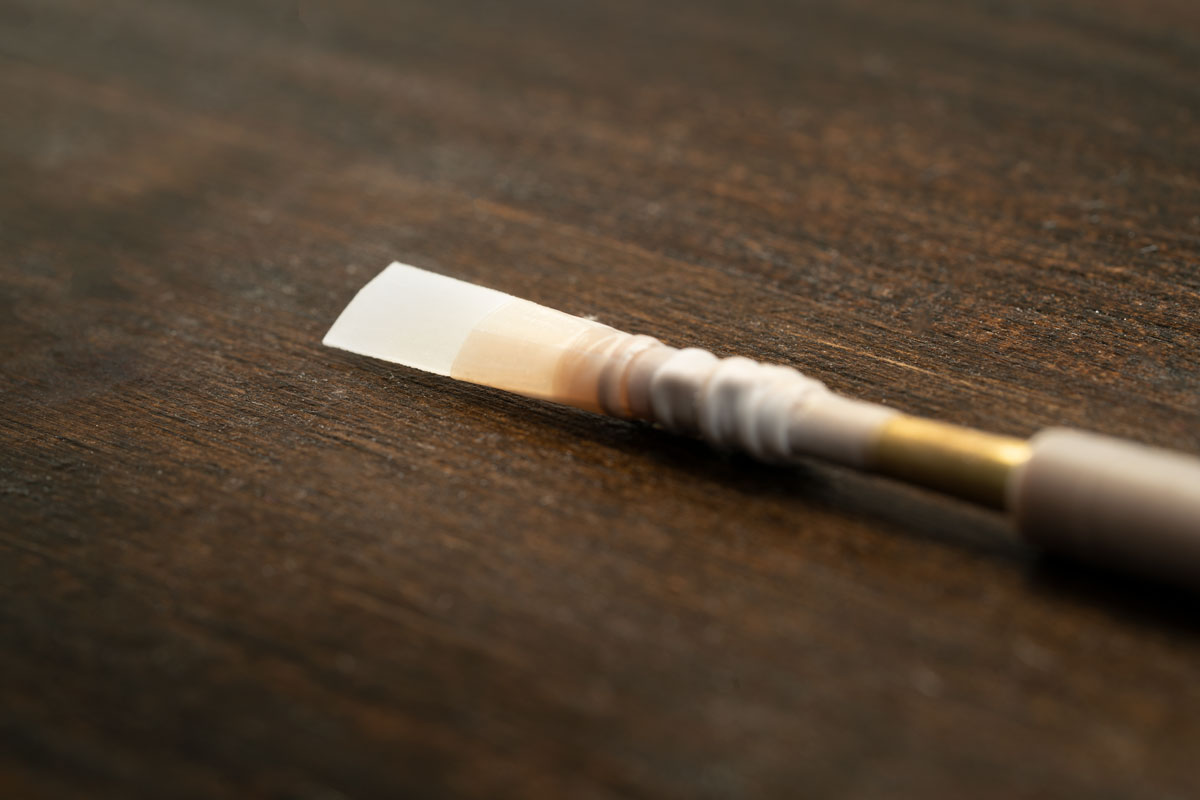 That depends on your priorities. Despite thirty years, synthetic reeds haven’t quite met Gregory Ward’s specifications, yet. But, with recent advances, the perfect synthetic reed may be a reality in the very near future.

Give them a try and let us know what you think.