"Reeding" Into It - The Story of Hodge Products 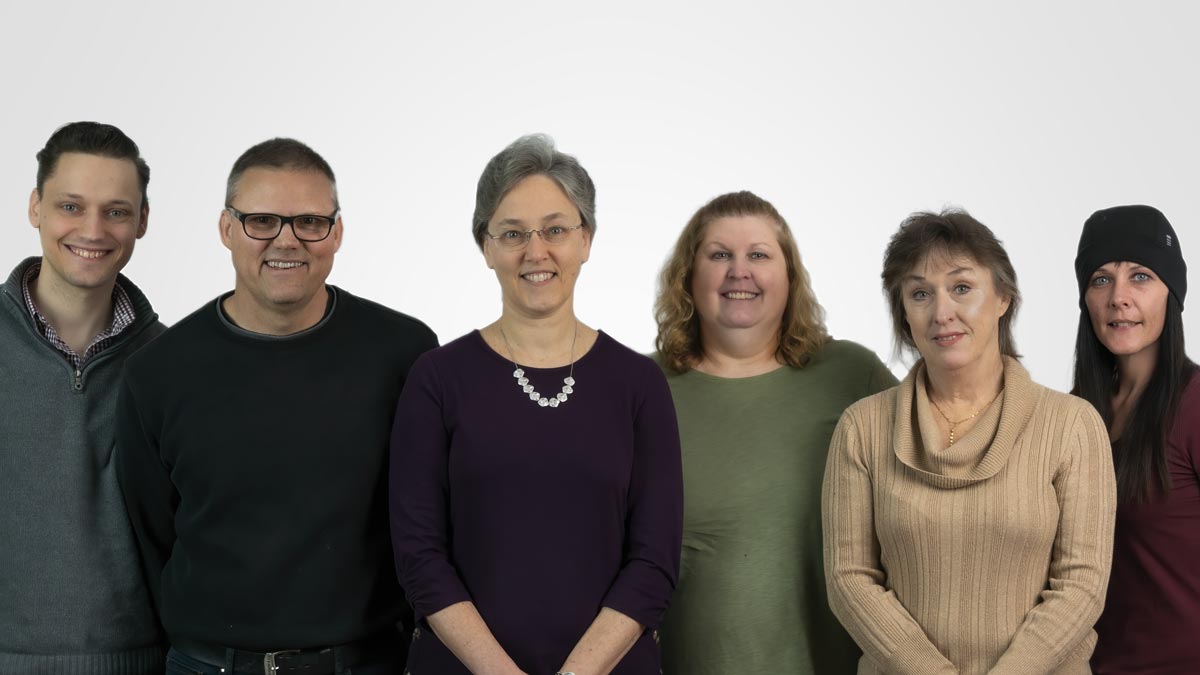 In 1975, twelve-year-old Ann Adams wanted to play the flute in the middle school band. Recognizing her prior piano experience, Ann remembers the smooth-talking band director who convinced her that what she really wanted was to play the Oboe.

"I'd never heard of the oboe before, but Mr. [Ralph] Minnick always put kids who already knew music to some degree on the harder instruments. Smart man."  What began as a middle school requirement soon grew into a passion and Ann began taking private lessons as well. She describes her teacher as unusual,

"Miss [Elaine Baughman] Plummer taught me, in sixth grade, to make my own reeds. I remember being so surprised the first time I made one that actually worked." It was an art form that Ann continued to practice and improve all through her academic experience. By the time she had finished her master’s degree at Southern Methodist University under Eric Barr, Principal Oboe for the Dallas Symphony, her reed making had matured, and her expectations for the way a reed should play had been established.

"After I finished school, I moved back to northern Virginia where I began playing in the Arlington Symphony under Rubin Vartanyan, I played under him for more than a decade, until his death in 2008. I also had the opportunity to work with Carol Stephenson, the Assistant Principal of the National Symphony. The experience really helped me to identify the characteristics I valued most in my reeds, and to craft reeds I felt were worth sharing with others."

It was in 1987 when she started teaching, that Ann discovered the need for commercially available, well-made reeds. "Back then, the store-bought reeds were terrible. My students couldn't play the way I was teaching; because the reeds they were playing on just didn't work. I started making reeds for them as well as my own."

By 1992 Ann began taking on fewer students, and by 1995 she'd quit teaching entirely. She and her husband, Alan Hodge, had welcomed their three oldest children in that time period. Motherhood and teaching had become too much. Despite giving up teaching, she continued to produce reeds for many of her former students.

"It was a gradual transition from teaching to reeds and from reeds to all double reed supplies. We founded Ann Hodge Double Reed Supplies in 1992, the expansion of our offerings, including swabs, started in 1995, and the company was finally rebranded in 2000."

These days, the Hodge Products Inc. brand is known for Hodge Silk swabs, not the Ann Hodge reeds.

"I wanted to expand the business to include all the things oboists would need for their instruments. Swabs were an important addition but all the swabs available for resale then were more expensive than I thought they were worth. I knew I could produce them myself at a price I was willing to charge, so I did."

A part-time collaboration with a local seamstress soon grew to a large network of women working together in order to produce the popular swabs. Each person did their part before sending the batch off to the next person in line. Because there were no warehouses or production facilities, all of the piece work was done in their employees' homes. The system was effective but slow.

In 2003, the company had grown enough to support the Hodge family and require more full-time employees, Alan left his job and went to work with Ann. This transition allowed them to find their way out of the Washington DC area and they settled in the rural Blue Ridge Mountains of Virginia.

"We built the house with a business space on the ground floor, I remember interviewing potential employees out of the bed of a pickup truck in front of the construction site. We had a poster board with pictures of our old employees working to help convince people we were legitimate."

The makeshift office worked and they soon moved their, now five, children and their business into the new home. The choice brought manufacturing in-house and allowed them to significantly increase their production, an important step in meeting the growing demand for Hodge silk swabs.

One of those early employees was Ruthie McDonald. Ruthie is the artisan long responsible for crafting the Hodge swabs found around the world.

“Coming here was a new beginning for me.” explains Ruthie, “I’d been out of the workforce a long time and I had to get back to work unexpectedly. I love it here, I couldn’t have found a more perfect job.” She goes on to explain how the company ran by mail order in those early days.
“We didn’t have internet, everything was called in by phone.” She laughs then, “We have internet now, I guess that means we’ve moved up in the world!”

It wasn’t until 2005 that the Hodge Products website began taking orders online. The new website would redefine the experience of shopping with Hodge Products. With a few clicks, Hodge Product’s extensive inventory was now accessible to musicians around the world. This accessibility would be the catalyst for enormous growth in the following years.

By 2007, the Hodge Products team was running to keep up with business. Additional employees were hired and product lines expanded. But no matter how busy, the Hodge children were always invited to participate,

“One of my favorite parts of working here,” declares Ruthie, “Was the privilege of watching those kids grow up.”

At the beginning of 2008, Ann was making an average of 160 reeds per month. Along with running the rest of Hodge Products Inc., she was homeschooling five children and expecting her sixth. Now selling a variety of other reeds, she decided to step back and focus on other elements of the business.

The recession that year was a blow for many small businesses, Hodge Products was no exception. Having just expanded to bring in cutting edge product lines from around the world for the American market, the crash hit the company and the people hard. Part-time employees had to be let go, and projects and advancement were necessarily abandoned in favor of the long recovery period that would follow.

The recovery came and the old employees were brought back in a celebrated reunion. The company began to grow again, slowly and quietly. By 2015, most of the Hodge children were graduated or predominantly independent in their studies, Ann returned her focus to the business. Things were stable and it was time to expand again. Hodge Products was also in great need of technological advancement.

Ann spent many months of long days crafting a new website, and late nights maintaining other facets of the operation.

“Our internet was really bad back then,” Ann remembers, “most of that site was built from the coffee shop at the community center up the road.”

Time for a Bassoon Specialist

That desire to create a comprehensive double-reed resource extended well beyond that which could be bought and sold.

“We’re moving to build resources, collect information, and facilitate research to answer the real-life questions that double reed players, of all levels, ask every day,” explains Tim, the oldest Hodge child, and Hodge Products Marketing Manager who joined the team full-time in 2020.

“We’ve just begun to bring in writers from across the industry and expect to grow this side of Hodge Products exponentially. We have a chance to support and amplify the voice of experts in all areas of the field. Together, we’re creating valuable, real-life content that benefits the entire community. These collaborations are paramount to our direction moving forward.”

From wire comparisons to reed sanitation, despite global challenges, 2020 saw the beginnings of this new informational network.
Another network created in 2020 was the beta-testing for The Hodge Products University Program, launched in collaboration with double reed professors around the country. The program gave professors the ability to create a comprehensive, specialized, single-stop shopping page with everything on their student supply lists. The 2021 expansion of the program will additionally benefit participating schools and students by donating equipment and resources to reed rooms and music programs.

This program goes far beyond the benefit of student musicians. Because Hodge Products will add any product requested by educators to their page, the products available to the general public are not only expanded but directly curated by an extensive network of musicians.

In order to empower patrons, Hodge Products has dedicated over a year to recreating their online shopping experience. The new website will feature stunning new images, explicitly detailed descriptions, and comprehensive guides for choosing and using the many offerings now available. Most of all, look forward to a personalized experience, one that guides musicians to products and content that are relevant and useful to them.

Big things are happening every day at Hodge Products Inc. But, first and foremost,

“It’s a family business, and we’re all part of the family.” - Ruthie McDonald