Does Wire Gauge Matter That Much?

The thickness, or gauge, of the brass wire used in the construction of a bassoon reed makes an enormous impact on the characteristics of the final product. Consequently, varying thicknesses of wire significantly effect the bassoon reed’s response, pitch, register stability, aperture, and tone. Depending on the gauge of the wire, reeds can also develop differently as they are played in and adjusted. To accurately determine the effect of the various sizes of bassoon wire gauge, I have conducted a comparative study utilizing 5 different sizes of wire: 24-gauge, 23-gauge, and 22-gauge found in America, and .6mm and .7mm found in Europe.

Click on the Procedure Details box below to learn more about the technical details of the procedure. The following charts show the results of the experiment for each gauge of wire tested. If you want to skip to the overall results, click on General Findings.

Although we did not test any British wire, for anybody living in the United Kingdom the SWG gauges that could be used on Bassoon reeds are listed in the following table for reference.

To minimize variation, tests were performed using 120 mm Rieger gouged, shaped (#1A) and profiled cane exclusively. Reeds were not beveled and blanks were dried 48 hours before wrapping. The adjustment and two-day play in process remained uniform for all gauges of wire. I made the blanks within 24 hours of one another, wrapping with a single layer of Artiste (Omni) #2 nylon thread, and gluing with Sally Hansen Ultimate Shield Clear Nail polish. Then, I played them, adjusted them, and made observations. For each wire gauge type, I made three blanks to be sure of the results. After wrapping the reeds, letting them dry, clipping the tips, drying again, and reaming them to the same point, the reeds were tip profiled on a Rieger tip profiling machine. Then, I made observations of each type over a two-day scraping period. 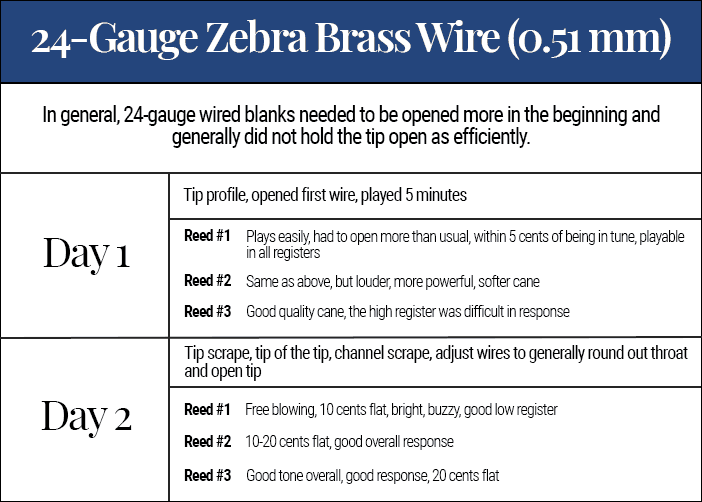 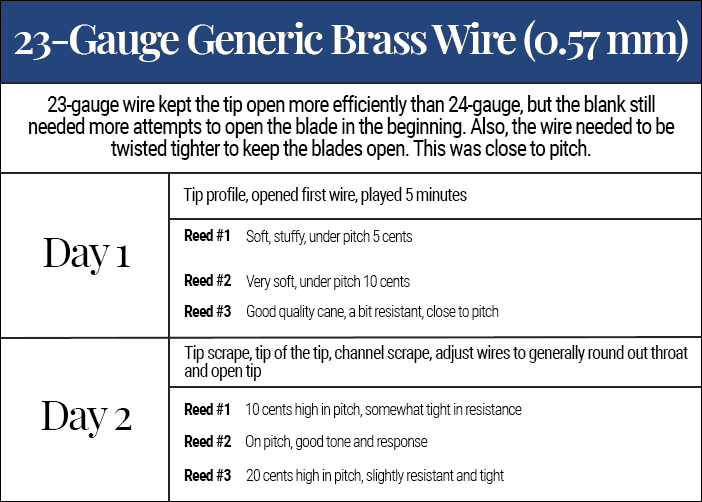 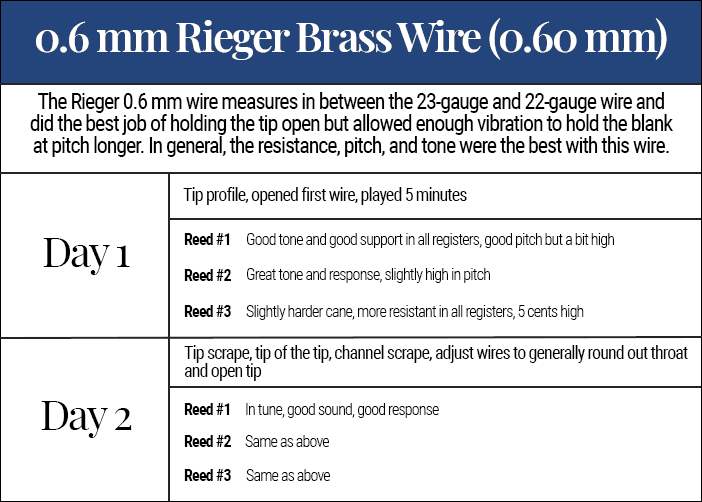 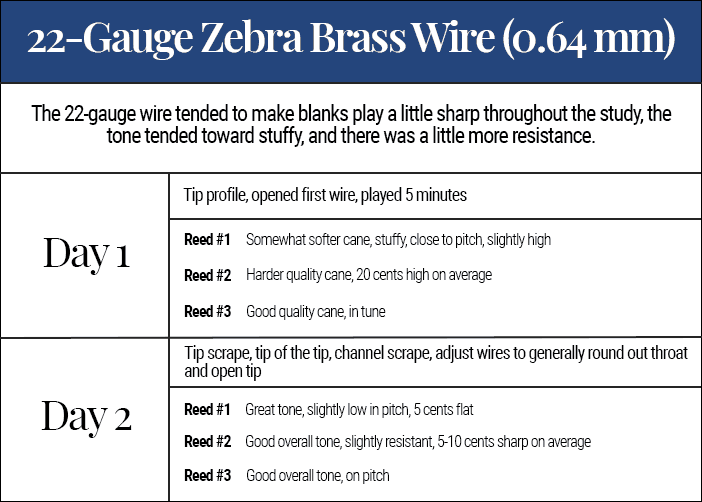 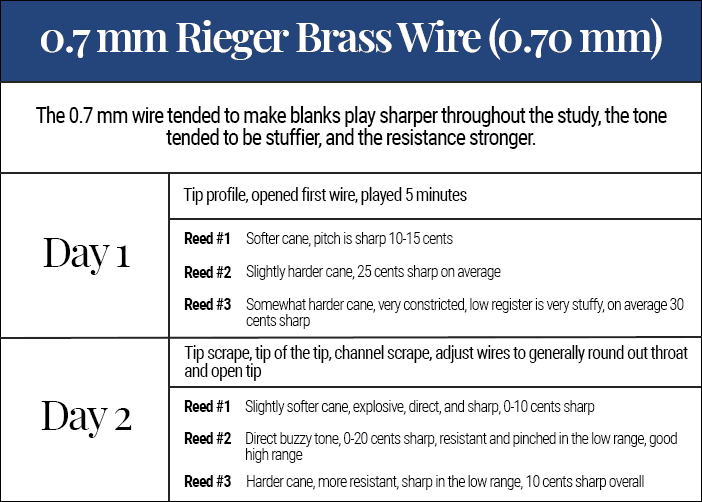 Another Way to Compare 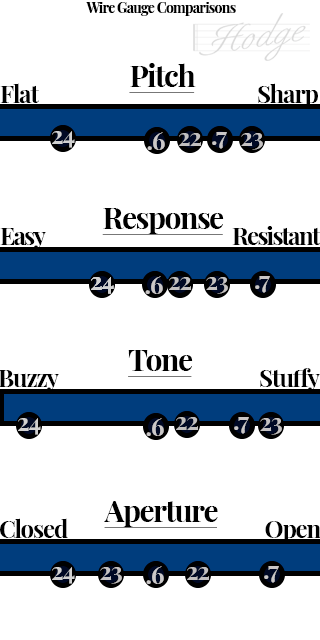 While there was some variation within each reed group, this can be attributed to the different hardness/strengths of cane. In general though, it was possible to observe several patterns with each wire gauge which can be generalized between thicker wire and thinner wire.

There are many considerations that factor into selecting the best wire gauge for different reed styles. Personal preference will heavily influence the wire gauge or combination of gauges that is right for you. The embouchure of the player, the amount of pressure on the reed, and the unique characteristics of the instrument should all be considered when determining the best gauge of wire to choose.

In general, bassoonists begin with 22-gauge wire when learning to make bassoon reeds. Expanding to other gauges to experiment with different outcomes is an excellent way to determine what gauge works best for you and your instrument. For instance, a deeper scrape leaves less cane on the blade and may be complimented well by a heavier wire, a lighter scrape may require a thinner gauge wire for best results.

Reed makers often mix different gauges of wire for the 1st, 2nd, or 3rd wires to improve different characteristics. In addition, bassoonists may even add a 4th wire to the reed, for further control. Keep in mind that wires may also be replaced to attain certain characteristics in your reeds.