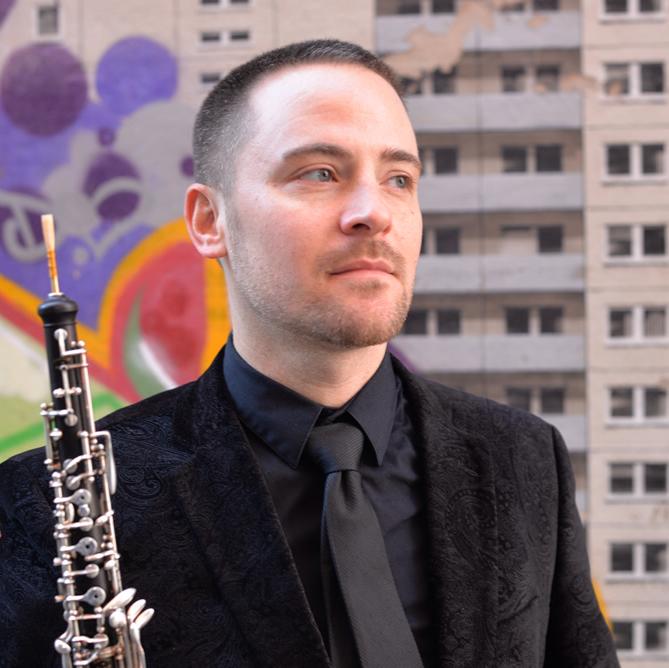 Stephen Nicholas Key is the adjunct assistant professor of oboe at Shenandoah Conservatory and principal oboist for The New Orchestra of Washington. A native of Oklahoma, he had his first solo appearance at the Kennedy Center at fifteen, and has since performed throughout the U.S., Europe and Russia.

In addition to his university engagements, Key also maintains a private studio based in northern Virginia and in the summers, he serves as faculty and performer for the NOWsummer Festival, and faculty for the Bocal Majortiy/Operation O.B.O.E. annual double reed camp.

Key studied at the Oberlin Conservatory and the University of Texas at Austin where he won the Butler School of Music Concerto Competition. His principal teachers include Rebecca Henderson, James Caldwell, Rudolf Vrbsky, Carol Stephenson and James Moseley. Also, he has been professionally coached by Elaine Douvas (the Met and The Juilliard School) and Katherine Needleman (Baltimore Symphony). Additionally, Key has composed works that have been performed at Oberlin Conservatory and The Juilliard School.